A Boston Municipal Court judge imposed an additional $150,000 bail on a former English High School dean for firearms and drug charges.  Shaun O. Harrison Sr., onetime dean of students at English High School in Boston, was arrested and accused of attempted murder in the shooting a 17-year-old student who was allegedly selling drugs for him now faces additional charges.

Harrison was initially held on $250,000 on March 4, 2015 on charges connected with the execution style shooting, was held on additional bail after he appeared in a Boston courtroom on March 17, 2015  on firearms and drug charges.

Harrison has pleaded not guilty to all charges.

Following Harrison’s arrest, the police sought and were granted a search warrant from a Magistrate from the Roxbury Municipal Court requesting permission to search Harrison’s Pompeii Street home for evidence.  During the execution of a search warrant, drugs and weapons were allegedly found in the home and in a storage compartment in the basement.  The new evidence formed the basis for the new charges Harrison was arraigned on today, according to records filed in the Roxbury Municipal Court.  The new charges included cocaine trafficking, possession of marijuana with intent to distribute, and firearms offenses.

According to a Boston Globe article, Harrison made a name for himself in the community as the antigang pastor.  His nickname was “Rev”.  Harrison was fired from his job as dean of students at English High School after the shooting.

HOW THE PROSECUTION WILL PROVE ITS CASE

In order to obtain a conviction, the prosecution will have to prove that it was Harrison’s intent to murder this 17-year-old student, (who was allegedly selling drugs for him), by shooting him in the back of the head.  Proving intent however, is inherently difficult without direct evidence or an admission.

The prosecutor must prove beyond a reasonable doubt what was going on in Harrison’s head.  He will accomplish this requirement usually by utilizing circumstantial evidence.  The prosecution will likely piece together different portions of evidence to prove this element of the crime.  Evidence discovered from the search warrant will be utilized, including evidence of other crimes committed by Harrison; statements from co-defendants, text messages, e-mails, as well as the recollection of witnesses who dealt with Harrison. 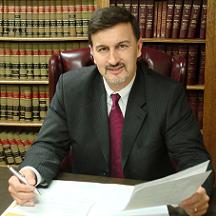