Home❱In a partial victory for defendants charged with a Drunk Driving Offense, a judge rules that all breathalyzer tests results in Massachusetts obtained between June of 2012 and September 14, 2014 using the Alcotest 9510 have been excluded from evidence, yet rules breathalyzer devices scientifically reliable.

In a partial victory for defendants charged with a Drunk Driving Offense, a judge rules that all breathalyzer tests results in Massachusetts obtained between June of 2012 and September 14, 2014 using the Alcotest 9510 have been excluded from evidence, yet rules breathalyzer devices scientifically reliable.

On February 16, 2017, Robert A. Brennan, Justice of the District Court, issued a Memorandum of Decision in a consolidated litigation matter which affects cases involving breath test results produced by the Alcotest 9510, a breathalyzer instrument developed by Draeger Safety Diagnostics, Inc. The court ruled that the state’s Office of Alcohol Testing lacked “scientifically reliable” protocols for calibrating breath test devices between June of 2012 and September 14, 2014 and without the written standards, the breath test results obtained during that period cannot be introduced into evidence.

In his decision, Justice Brennan excluded all breathalyzer test results reasoning that the Commonwealth could not demonstrate a scientifically sound methodology that Alcotest 9510 devices deployed or last certified by the Massachusetts State Police Office of Alcohol Testing (OAT) prior to September 14, 2014 were calibrated routinely in a manner that would produce scientifically reliable results.

Breathalyzer test result cases had been challenged in Massachusetts since 2015 and as a result individual cases involving breath test results have been stayed pending the court’s decision.  The practical effect of Justice Brennan’s decision is that any Alcotest 9510 BAC test results from a device calibrated and last certified by OAT between June, 2012 and September 14, 2014 have been excluded from use by the Commonwealth in any criminal prosecution.  Nevertheless, the court further found that the Alcotest 9510 consistently operates in a manner that reliably measures alcohol.

OAT is a calibration laboratory. Among its functions are the configuration, deployment, annual calibration, and maintenance of all Alcotest 9510 breathalyzer devices currently in use throughout Massachusetts. OAT oversees the certification and training of the Massachusetts breath alcohol testing program. It does not perform any repairs or maintenance on the internal operations of the Alcotest 9510.  Between June, 2012 and September 14, 2014, OAT had no written protocols for the state’s breath test machines.

The court found that the laboratory’s deficiencies involving the lack of written protocols impact the reliability of Massachusetts Alcotest 9510 test results to the point that they should be deemed inadmissible.  The court was convinced that the existence, sufficiency, and standardization of laboratory procedures reflect scientific methodology, which squarely raises gatekeeper issues of reliability under a Daubert/Lanigan analysis.[i]  When a party challenges the admissibility of scientific or technical evidence, a trial “judge . . . has a gatekeeper role, to protect fact finders from exposure to expert testimony ‘that is not based on reliable methodology.’” More broadly, this “gatekeeper role” extends to situations in which any “‘evidence produced by a scientific theory or process’ is at issue.”[ii]

In the absence of written protocols, the court held that it cannot be assumed that any particular calibrator at OAT understood or routinely applied the proper standards in calibrating a breath test device and as such found that the Commonwealth had not shown that OAT had a scientifically reliable methodology for calibrating the Alcotest 9510 prior to the promulgation of the Certificate of Calibration Procedures for the Alcotest 9510 on September 14, 2014.

The law in Massachusetts makes it illegal to operate a motor vehicle where a person’s blood alcohol content is .08 or higher.  This decision opens the door for a review of all the drunk driving cases that involved breath test results where a defendant was found guilty involving a breath test taken between June of 2012 and September 14, 2014. 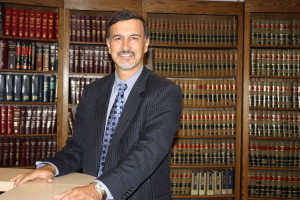 Steven Topazio has been a criminal defense attorney for over 30 years and represents the wrongfully accused throughout Boston and Massachusetts. He is rated AV Preeminent by Martindale-Hubbell, 10.0 Superb by AVVO, a Top 100 Trial Attorney and holds membership in the invite-only American Society of Legal Advocates.

If you have been charged with a crime, or have questions about your drunk driving case, contact Attorney Steven J Topazio at 617-422-5903. He believes everyone is entitled to the Best Defense and is prepared to investigate all the circumstances of your case.