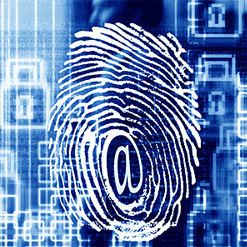 Under the Massachusetts Identity Theft Law covered in MGL chapter 266 section 37E, a person charged with identity theft can be convicted if the prosecutor proves all of the following:

A violation of this law is punishable by a fine of not more than $5,000 or imprisonment in a house of correction for not more than two and one-half years, or by both.

If you have been arrested or accused of an identity theft crime, it is important to work with an attorney who has experience in identify theft cases for the best outcome of your case. A skilled defense attorney can develop a defense strategy early on in the case, and may be able to reduce or dismiss the charge before you even discuss settlement or go to trial.

How an Identity Theft Defense Lawyer Can Help

If you’re charged with a theft crime, you must speak with an experienced defense attorney right away so he/she can properly evaluate your case. Boston Criminal Defense Attorney Steven J. Topazio has achieved excellent results in identity theft cases that at first did not appear defensible.

The client, a 42 year old bank employee, received an application for criminal complaint accusing her of identify fraud after she opened up a Sears credit card account and charging over $700.00 which charges ended up in the client’s aunt’s name, hired Boston Criminal Attorney Steven J. Topazio to defend her. Massachusetts Criminal Attorney Topazio met with his client and discovered she opened a Sears credit card account so as to take advantage of Sears 10% discount for new card holders. The client provided her name and her identifying information to obtain the card but for unknown reasons, the Sears credit card which was approved was issued in the client’s aunt’s name instead of the client’s name. The client contacted Sears and told them about the discrepancy and was informed that there was an application error and that she would be issued a new Sears card. Despite the error, Sears pursued the aunt for collection. The client informed the aunt of the problem and contacted the collection department to correct the situation with no success. The collection department ignored the client but instructed the aunt to pursue criminal charges against the client for identity fraud. Boston Criminal Attorney Topazio obtained all documentation of the Sears credit card application and subsequent purchase transaction in preparation of the Clerk’s Hearing. Today, Massachusetts Criminal Lawyer Steven J. Topazio presented his evidence to the Clerk Magistrate and despite the unpaid Sears charge and identity mix up, persuaded the Magistrate to dismiss all charges against his client.
Result:Case dismissed.

The Clients, a 41 year old computer technician, was stopped by police for a civil motor vehicle violation, and given a ticket. The client was in possession of his friend’s driver’s license and instead of using his own license, used his friend’s identification. The client paid the ticket in due course and thought the matter was over. Following the payment of the ticket, police learned the client used the wrong license when stopped for the civil motor vehicle infraction, and summonsed him to court regarding an application for criminal complaint alleging identity fraud. Attorney Topazio represented the client at the hearing and tried to reconcile with the Magistrate and police why the client behaved as he did. After a full hearing, Attorney Topazio requested and was granted a continuance to present additional information to the Magistrate regarding the matter. Today, on the return date of the continued hearing, Attorney Topazio made an argument to dismiss the charges against his client, despite adequate information presented for the Magistrate to find probable cause so as to issue the complaints, and was successful in persuading the Magistrate and police prosecutor to dismiss all charges.
Result: Case dismissed.

The defendant received an application for issuance of criminal complaint when Belmont Police received information that a citation the officer previously wrote to the defendant, admitted to the Watertown Police Detectives that he was using a false identity. The Watertown Police discovered the true identify while booking the defendant for unrelated charges. The defendant produced a NY driver’s license which identified a second individual when stopped for a U-turn violation by the Belmont Police, and was issued a citation in the false name. After a query to the Massachusetts Registry of Motor Vehicles following the Watertown Police tip, the defendant was found to have a valid Massachusetts driver’s license under his true name, hired Criminal Defense Attorney Steven J. Topazio to defend him. Today, Attorney Topazio persuaded the Assistant Clerk Magistrate to hold the case in lieu of issuing a complaint despite the Magistrate’s finding of probable cause that the defendant used another individual’s identification after he was stopped for a moving violation.
Result: After finding of probable cause, the Clerk Magistrate continues the case in lieu of issuing the complaint.