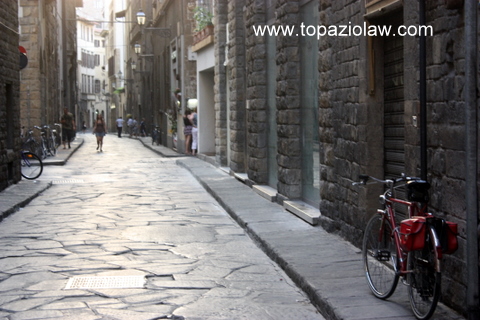 You’re here at my site because you are worried about your child. Will he be taken away from you? Is his future ruined? No, your child’s future can still be bright. I can help your family get through this trying time.

If your son or daughter has been arrested, you are now dealing with a host of challenges you probably were not expecting. Determining which attorney will defend your child is a difficult but vitally important decision.

We handle all juvenile offenses, from minor traffic violations and DUI to serious felony level offenses. Some of the juvenile crimes we handle include:

MGL c.119, s.52-72B: Delinquent Children
Juvenile Court Rules
Massachusetts Juvenile Court Department
At our office, clients receive quality representation with a focus on service as well as results. We take time to listen to clients, investigate the facts of their case and devise a comprehensive approach to case management that has resulted in many favorable results on behalf of clients throughout Massachusetts.

As you know, the effect of a criminal offense can be extremely damaging to a child’s future academic and career opportunities. Explaining a conviction for a violent crime, burglary, drug possession or theft is never easy on a college application. If your child is facing difficult juvenile crimes charges, we will work diligently to seek the best possible result on his or her behalf.

The client, a 16 year old High School Student, received a criminal citation for operating to endanger after he crashed his motor vehicle into a tree after knocking over a mailbox and causing property damage. Attorney Topazio instructed his client to sign the back of the citation and to file it with the court within four days so as to preserve his client’s right to a magistrate’s hearing. Requesting a clerk’s hearing prevents the immediate issuance of a criminal complaint which in turn would also result in his client getting a criminal record. Attorney Topazio had his client obtain a copy of his school grades and documentation of school accomplishments; such as his client’s acceptance into the National Honor Society and Peer Ministry, among other things, in order to establish his client’s good character for the clerk at the upcoming hearing. Attorney Topazio met with the investigating officer in an attempt to negotiate a resolution of the matter and further to resolve any restitution matters. Today at the hearing on the application for issuance of criminal complaint, Attorney Topazio established through his client’s medical records that he was not drinking or consuming illegal drugs prior to the accident. Attorney Topazio also established that his client was not speeding or racing when the accident occurred, but rather established that the accident occurred as the result of his client falling asleep at the wheel. Attorney Topazio was successful in convincing the Magistrate not to issue the criminal complaint, despite the Magistrate’s finding probable cause to believe that a crime had been committed, but rather to hold the complaint open for four months on the condition that his client stay out of trouble and complete a community service project through his peer ministry group at school by writing an article about the dangers and hazards of driving and then presenting it in school.

August 19, 2009
Application for Criminal
Breaking an Entering a Motor Vehicle MGL c. 266 § 16A
Receiving Stolen Property MGL c. 266 § 60
The parents of the defendant, a juvenile with ambitions of going to college, hired Attorney Topazio to represent the juvenile at a clerk’s hearing after he was stopped by police and accused by witnesses who alleged that he entered to a parked motor vehicle and removed items therefrom while at a local movie theater. Whoever in the nighttime or daytime breaks and enters a building, ship, vessel or vehicle with intent to commit a misdemeanor shall be punished by a fine of not more than two hundred dollars or by imprisonment for not more than six months, or both. Today through unrelenting questioning of the investigating officer challenging the viability of the Commonwealth’s case, Attorney Topazio convinced the Clerk Magistrate not to issue complaints against his client.