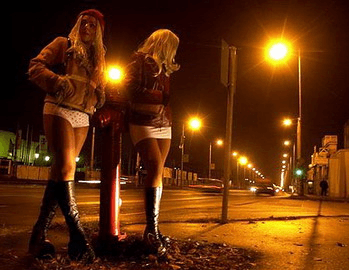 Everyone knows that prostitution is considered a crime. What is not so apparent is that it is more often the people who solicit prostitutes who are charged with crimes than the prostitutes themselves. Being arrested itself carries negative consequences, even if the charges are not upheld — including irreparable damage to one’s reputation which may affect a career, a marriage and an entire future.

Just being arrested for alleged solicitation of a prostitute may bring unwanted notoriety in places such as Boston, where the police publicize the names of people charged with this offense.

Prostitution charges often come down to a disparity between one person’s account and the account of another of a planned sexual encounter — or one which has already occurred. Individuals making contact with each other via Craigslist or in public places may differ in their accounts as to whether payment of sex was part of the deal, as opposed to consensual sex followed by a monetary gift.

Whatever the circumstances and facts in your prostitution or indecent exposure case, your need for a criminal defense lawyer comes about as soon as you have any indication that you may be charged. The sooner you have an experienced attorney advocating on your behalf, the greater the possibilities are for your case to be resolved favorably:

A conviction for acting as a pimp, a John or a prostitute may lead to serious consequences, including an enduring criminal record, sex offender registration and all the negative problems in one’s personal life that accompany a criminal record. Take action now to defend yourself in the face of sex crimes charges by contacting Boston Criminal Defense Attorney Steven J. Topazio to schedule a free consultation.

Boston Criminal Defense Attorney Topazio is prepared to investigate every aspect of the allegations and circumstances of your case, in order to identify the right strategy and build an aggressive defense on your behalf. Contact Attorney Topazio on line or call to discuss your case.

July 19, 2012
BMC Roxbury District Court
Docket # 1202 CR 1974
Payment for Sexual Conduct M.G.L. c. 272 § 53A
The client, a 51 year old businessman, was arrested for sexual conduct for a fee after police observed a known prostitute walk up to the passenger side of the Client’s motor vehicle and get in. A prostitute (also called hooker, whore, ho, street walker, or escort) is a person who has sex with people for money. According to the police report filed in the case, the police believed that an act of prostitution was about to occur so they followed the motor vehicle and when it came to a stop and neither occupant exited the vehicle; they pulled their cruiser behind the vehicle and observed the Client with his pants down with his genitals exposed. The client hired Boston Criminal Defense Attorney Steven J. Topazio to defend him. According to the police report, statements were made by both the Client and prostitute that $20.00 was paid for oral sex. Engaging in sexual conduct for a fee is a crime. Both the customer (also referred to as a john) and the prostitute can be charged with a crime provided there is evidence that the customer paid or offered to pay another person to engage in some form of sexual conduct. In order to be convicted of this crime some commercial transaction must be involved. Today, Attorney Topazio convinced the prosecution and the court to dismiss the charge against his client on court costs.
Result: Case Dismissed.

The Client, a 41 year old from New York, leased an apartment in Massachusetts under an assumed name and used the identification of a third person and purported to be that person when he signed the lease. After leasing the property, the client transported women and men to the apartment for the purpose of engaging in sex for a fee. The client was arrested when a police officer, acting in an undercover capacity, responded to a local business listing for massages but was solicited for sex instead, hired Attorney Topazio to represent him. Deriving support from prostitution and maintaining a house of prostitution are serious felonies carrying a minimum mandatory sentence of two (2) years committed if convicted; up to a maximum of five (5) years and are offenses which by statute could not be continued without a finding or placed on file nor reduced or suspended sentence, probation, parole, until 2 years served. Although another individual was arrested for prostitution and pled guilty to the charge, and represented giving money from prostitution to the client, the Commonwealth’s proof’s in establishing the charges without the prostitute’s cooperation was difficult. Attorney Topazio filed a Motion to Suppress in the case and used the filing as a vehicle to negotiate with the prosecutor. Attorney Topazio was successful in convincing the prosecutor to dismiss all charges on the condition of amending one charge to a seldom used section of the law known as “Keeping a house of ill fame”; a violation of which was a misdemeanor and could be continued without a finding. Today, Attorney Topazio was successful in convincing the court to accept the amendment to a violation of Keeping a House of Ill fame and giving his client a continuance without a finding for one year.
Result: Charges dismissed and client avoids mandatory jail time by admitting to sufficient facts and receiving a CWOF to a reduced lesser charge.